Russell Eastway never really had any drive pushing him forward. No, everything in life came through hand-me-downs and broken crayons. What was the point, someone else would eventually take care of it. He was the baby of the family, the runt of the litter, his older brothers were much older, as to suggest he was not intended for this earth. I am not suggesting that he was not loved, it was just a different, stale kind of love.
I befriended Russell after moving to a small Kentucky town known for its tobacco production. We were paired off as outsiders, the new kid and the-not-so-new kid. We would travel through grade school bonded only by loneliness and circumstance.
Russell ended up on the soccer team my dad coached and mentored. The squat, little human lumbered down the field, his only deficiency being a lack of internal steam. This is where his mantra would be created. Practice, games, and parking lots, my dad could be heard bellowing, "HUSTLE RUSSELL!" 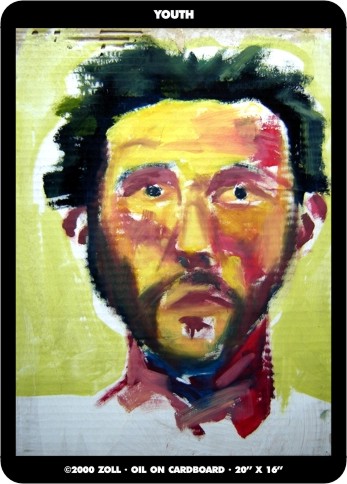 Later we would go our own ways, no final goodbye, the bonds had dissolved and our interests diverged. The message still resonates thirty years later, and it became my mantra after watching loved ones pass and favored pets die. A condensed soup of Carpe Diem movie plots and the urgency to be prolific. Go get it while you can, because tomorrow may never come.
These threads were further braided into rope as my Grandfather's premature death was canonized throughout my young life. The end result cemented a belief that I would be gone soon, before my time. Genetics being the final determinant, with no reverence to lifestyle choices.
A revelation of my true motivations, the internal drive that makes me stand out. I have always operated out of fear, not some exceptional quality. The need to wring every second out of life, desperately trying to build some sort of timeless legacy. That is a problem though, as an aging adult it is not a pleasant way to approach life. It is isolating and harsh. I am still an outsider, only glimpsing in on the simple lives of other less neurotic human beings. Every choice I make is under pressure, absolutely critical, because there may be no other opportunities for mulligans.
Email ThisBlogThis!Share to TwitterShare to FacebookShare to Pinterest
Labels: DIY, Experimental, Family