The Law of Unintended Consequences

Happenstance led me to the electric guitar. It started with a story from my father's youth glorifying a traveling music troupe he encountered while in high school. These students had passed through Indianapolis and played an enviable late night rendition of "In a Gadda Da Vida" on a church organ in the cathedral. I am sure there were a few adolescent details omitted from this story. 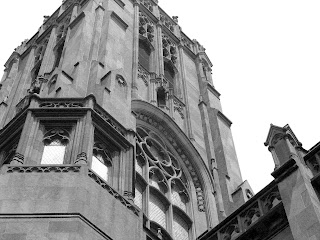 Fortuitously, my father wrongly attributed the song to Jimi Hendrix. The real take away for me was the awe in my father's eyes as he relayed this tale. This was an unusual glimpse in to his past. I had only known him as a scientist, a desk jockey, a safety engineer, and a proper Catholic. Little did he know, how impressionable I really was.
This would soon lead me down my own path of music exploration from the 1960's, evolving into a near obsession with Hendrix. I would not learn till many years later, that the song was actually written by Iron Butterfly. Who knows, maybe I would have become a bitchin' organist. Remember these were pre-internet times and music was not readily available in rural Kentucky. What I could find, was mail order cassette tapes. 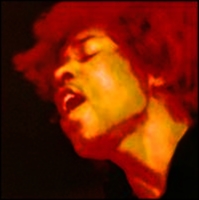 I soon became fascinated with the expressive play and creative sounds that Jimi Hendrix conjured from a simple, benign instrument. As any loyal teenage fan, I saved up and bought my first and only Fender Stratocaster. I never came close to those wild sounds in my headphones, but I managed to teach myself how to play.
Years would pass and I experimented with keys and bass while rounding out my musical interests. It is hard to imagine how my life would have been altered without this defining moment. I know my father is skeptical about the ways he has influenced my development. We are seemingly polar opposites, but I like to believe there is much more in common. This memory is a powerful reminder of the law of unintended consequences, especially as I begin rearing my own two boys.