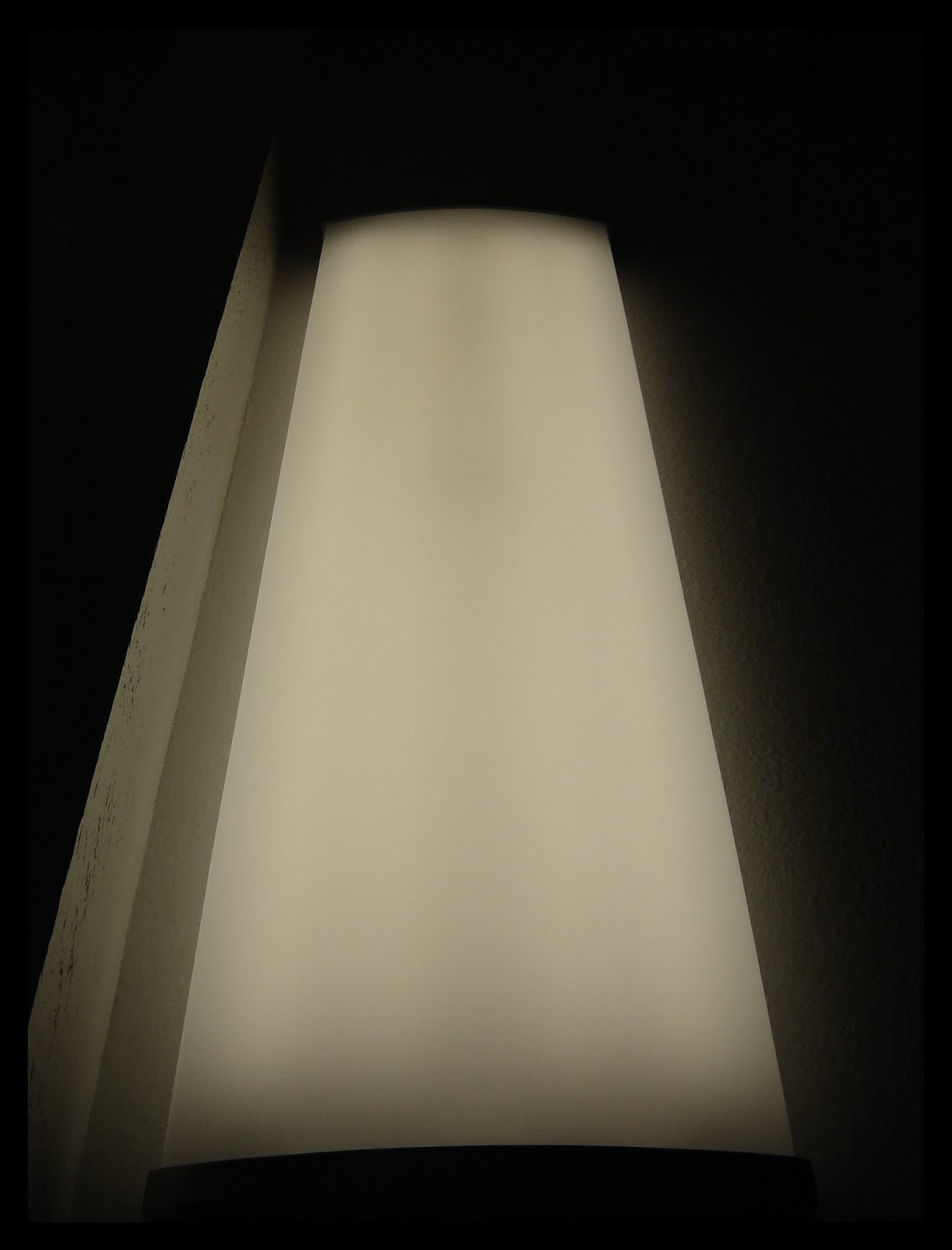 Man, is it dark in here? After working in the same kitchen for seven years, I suddenly realized there was a huge light void over half the work area.
This was partially due to the high ceilings and our only light source was nestled next to a wooden beam. We opted to replace the single light with a subtle pair of fluorescent fixtures to increase the overall lumens and simplify the need for additional electrical wiring.
Everything went according to plan, but something with the new lighting did not sit well with me.
The satin nickel details fell in line with the rest of the fixtures in the house, but I soon realized the white diffusers did not.
The glossy plastic finish made the lights look cheap and incongruent with the metal end caps. It turns out that every light diffuser in our house has a matte finish that matches their nickel housing. It is one of those things you never notice, until you do, and then it bothers you.
The easiest solution would involve dulling the exterior finish of the diffusers. This was quite a daring move, because if I blew it, the molded plastic would be ruined. I had worked with a lot of acrylic and polycarbonate during my days as a sign artist, and I knew the risk.
Now, I did not just pull out the power tools and start grinding away. Instead I gathered a few green Scotchbrite scouring pads, some #0000 steel wool, rubbing alcohol and a towel for buffing. To start, I highly recommend that you choose a direction for the grain and stick to it throughout. Conversely, I do not recommend a circular "brushed steel" swirl, that is much harder to execute consistently.
The easiest directional stroke to maintain is the shortest. In this case the diffuser was roughly 1' x 4', so I started knocking down the finish with the scotchbrite, while sanding perpendicular to the length. I followed this pass with the extra fine steel wool, then rotated the piece and worked back to the start. After several passes the sanded grain became more muted and a satin sheen developed. Once the finish was de-glossed and appeared uniform, the entire surface was wiped with alcohol and then buffed with a towel.
This is where I must heed caution, and remind you to test on inconspicuous areas before trying something drastic like this. It is not a difficult effect to produce, but it is irreversible though. Aesthetically the fixture looks much nicer with a flat sheen, as well producing a softer, more evenly diffused light.
Email ThisBlogThis!Share to TwitterShare to FacebookShare to Pinterest
Labels: DIY, Experimental, Home Improvement, Kitchen, Tips and Tricks