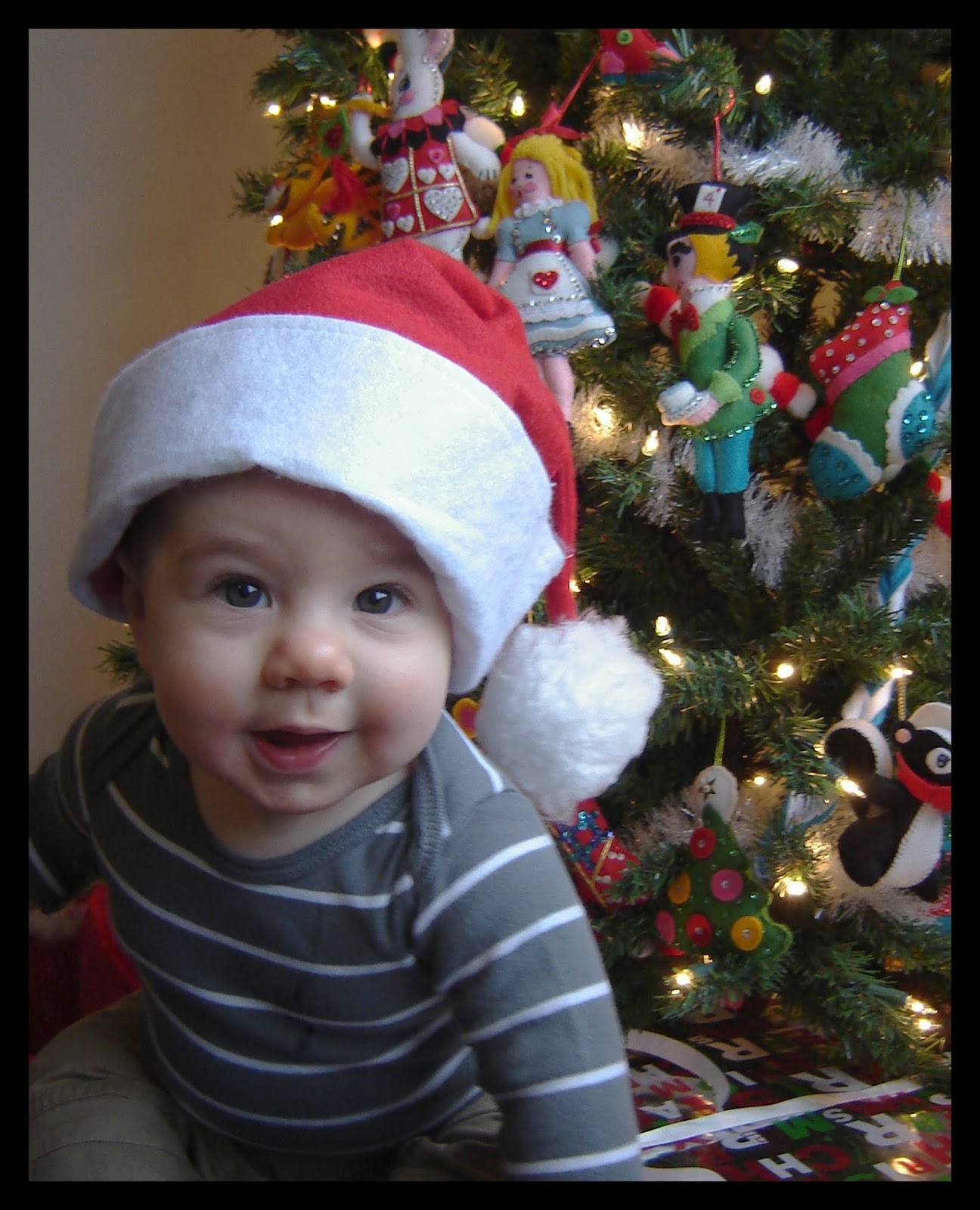 Hope manifests itself in many forms. This Christmas feels different than any previous year. My oldest son is aware of Santa Claus and his anticipation is brimming over. I find that my holiday planning has changed, I am putting the pieces in place for all future Christmases to be judged by. It sounds like we are raising the bar a little high, but that is not what I mean.
We have very little family near us and I do not see that changing anytime soon. I guess I am trying to create new, vivid traditions, not just still-life's fabricated in order to be uploaded from a smartphone. The visceral, the intangible, remotely unexperienceable, that entirely intoxicating feeling from my childhood. The way that my eyes were never in focus while under the glow of incandescent string lights. This phenomenon has always been the magic to me, not the gifts, but the preparation that each family ritualizes over the years. 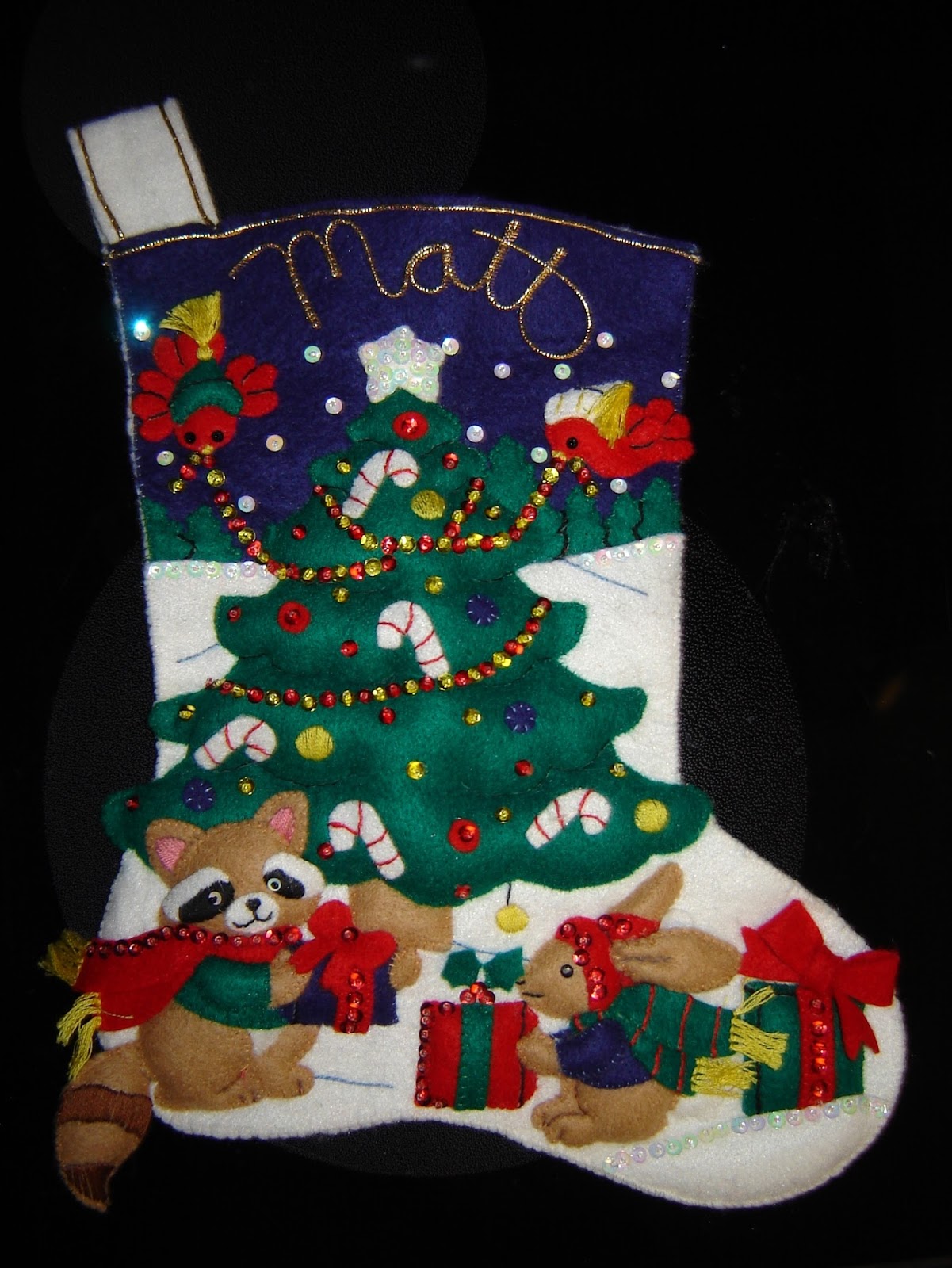 My loving mother-in-law has spent thousands of hours creating the hand stitched magnificence that is the foundation of our holiday decorations. Several years ago she made me my very own Bucilla stocking. It is one of the few times that such a gesture has brought tears to my eyes.
We were all alone in Montana for Christmas and it was her way of including me in their family tradition. With that said, you can understand the reverence that I have for her craft and my stocking.
Time marches on and our oldest son was welcomed into the family with his very own enormous stocking. By the time our second son was born, it became clear that Grandma would no longer be able to create this felt magic on her own. We searched the web and found an equally gigantic stocking for him. Thankfully, some other grandma had already done all the time-intensive needlework.
Now this is were our story comes together. With all four stockings hung with care, it became quite noticeable that mine had become dwarfed in scale, nearly to an absurd degree. I could not find an arrangement to satisfy my perfect vision for all future Christmases. And this brings me to the stocking hack. I came up with an idea that would summon all my nerve, I needed to subtly alter my cherished stocking.
Through careful planning and preparation, I constructed a pattern to enlarge the stocking without losing the meticulous detail. It turns out that years of sewing socks and fixing sweaters had prepared me for this task. The resulting, felted amalgamation will be a lasting contribution to our Christmas tradition as well as a nod to the skill of our family's matron. 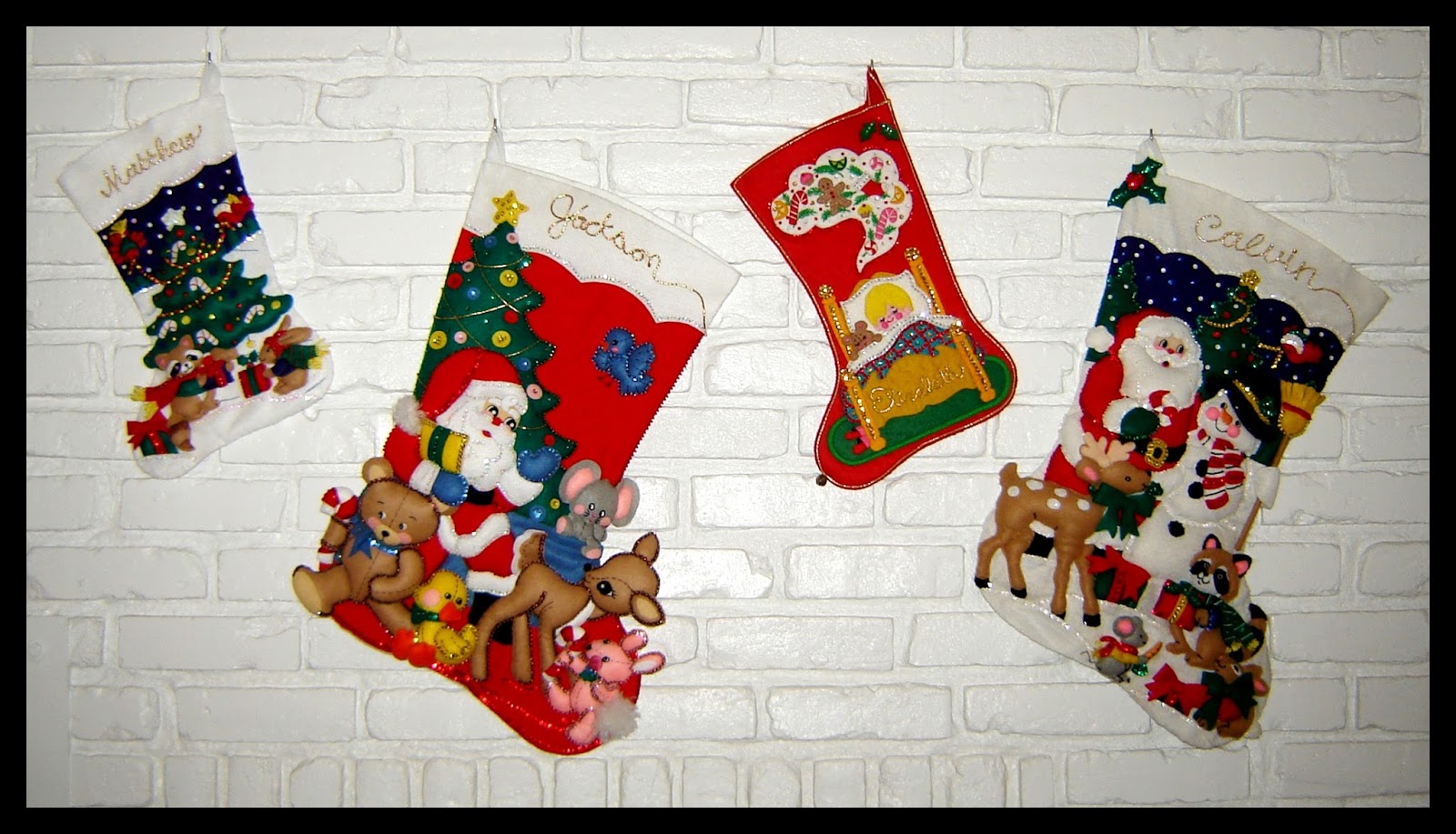 Do you have a picture of the completed stocking after you enlarged it? What did you do? I have one I need to enlarge as well and would love pics!


Hello Marie, thank you for your interest in this project. The middle picture, with the 'Matt' stocking, is the original Bucilla pattern. The bottom picture shows the finished 'Matthew' stocking.

I started by making a pattern from the larger 'Elizabeth' stocking. I was able to add several inches of new, white felt to the top of the stocking. To finish off the bottom, I was able to move some of the details, such as the gift and raccoon tail to the other side. And to fill out the pattern, I added a little more white felt to define the toe on the left side. I hope this helps, good luck!